“Riveting tales from his time in the military, the Vietnam War, Berkeley in the ’70s, six Communist countries during the Cold War, and Georgia Tech in the ’80s—all retold alongside his academic success and mathematical breakthroughs.”

“Thoughtful, funny, and evocative, Ted Hill takes us through a life well-lived . . . An intensely personal story that will appeal to every profession, and to every generation!”

Who is Ted HIll?

Ted Hill is Professor Emeritus of Mathematics at Georgia Tech, a Distinguished Graduate of West Point’s Class of 1966, and a former Army Ranger and Vietnam War veteran who bucked the odds to earn a PhD in mathematics from Berkeley. He has lectured in four languages around the world and is well known for his research in probability, especially Benford’s law. He is currently at work on a mathematical theory for the oval shapes of beach stones, as well as several more books, including one on his adventures in hitchhiking. ​

Read and listen to interviews with Ted, download a high res portrait, and view the media sheet for bulk sales information.​

Have questions for Ted? Leave him a message and he will respond shortly. 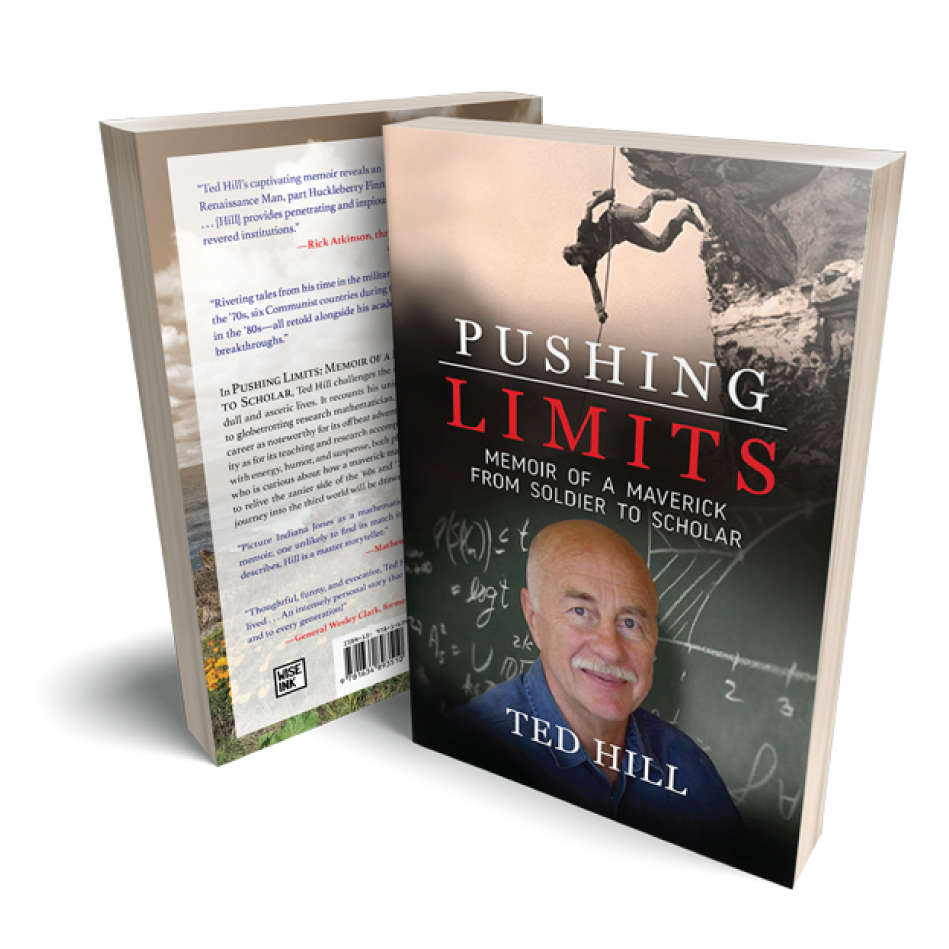 Subscribe to get a sneak peek of my new book, Pushing Limits: Memoir of a Maverick from Soldier to Scholar

You'll also receive periodic updates from me about the launch of the audiobook.

You have Successfully Subscribed!